I'm going to call it. The Earl of Sandwich Tuna Melt is one of the great sandwiches of the world. Its only company in that top tier is the bahn mi and rou jia mo, although I'll give the reuben a very close 4th place.

This visit to Orlando was my 4th in ten years. Accordingly, instead of the usual one to two week stays focusing mainly on Disneyworld, it was a instead a quick stopover for shopping, visiting Universal's Wizarding World of Harry Potter and of course, a visit to Earl of Sandwich. 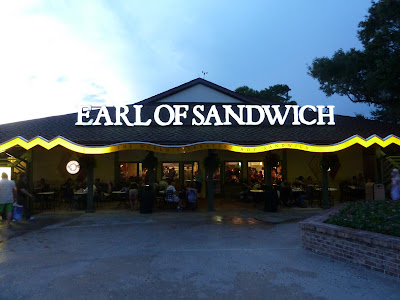 The Downtown Disney location
In my three days in Orlando, I managed to eat there on four separate occasions and never ever got sick of their world's best sandwiches.

So what makes them so good? It's the bread. At Earl of Sandwich, the sandwiches are made with semi-cooked bread rolls that are then finished in the over when you order. As a result, the bread is crusty, golden brown and very hot, which in turn, perfectly melts the cheese.

My "second favourite" is The Original 1762 made with roast beef, cheddar and creamy horseradish sauce. My favourite is the tuna melt: albacore tuna salad with swiss cheese. Delicious! 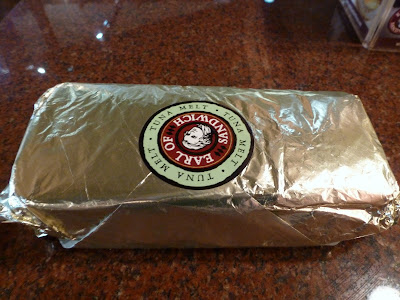 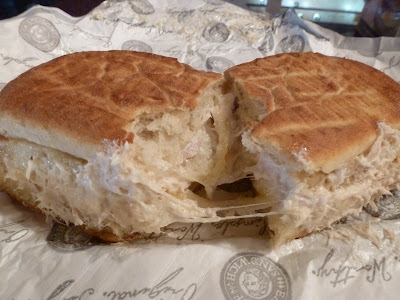 The sandwiches are so good that we actually cancelled our dinner reservations to instead eat at Earl again. Why oh why can't there be an Earl of Sandwich back home?
Posted by Emily at 3:54 pm