We were tossing up between Louisville and St Louis being our next pit stop, and although I cannot know what St Louis would have been like, I am thrilled that we chose Louisville.

Our first stop was Churchill Downs, home of the Kentucky Derby. I went with very low expectations and was basically dragged along by Dad. I have never been a fan of horse-racing. In Australia, during the “race that stops the nation” I get increasingly frustrated by the overnight horse-racing experts repeating what they heard on morning TV. In addition, the idea that horses are handicapped with extra weight, for the purpose of gambling, seems completely unfair. You don’t make Usain Bolt carry an extra 20kg in a backpack during the 100m sprint to make it fair, so why do it with horses?

However, I digress. The grounds and museum at Churchill Downs are spectacular and the museum exhibits were so interesting, we could have stayed for a lot longer. The fact that a horse only gets one chance to run in the Derby, when they are 3 years old, made the race seem that much more special. It was impossible not to get caught up in the excitement of the Derby and I have been converted into a fan. 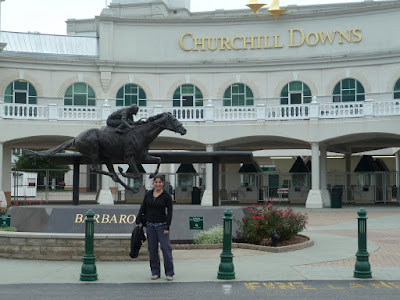 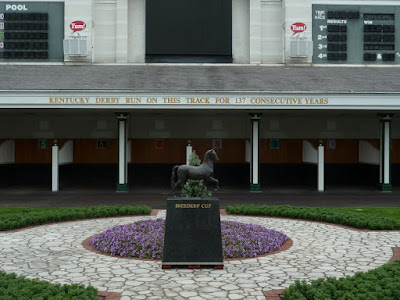 Our next stop was the Louisville Slugger Museum and Factory. We spent some time walking around the museum, even getting to hold and swing one of Mickey Mantle’s actual game bats before heading into the factory tour. The tour took us through the entire production process from how the trees were cut, turning and finishing the bats. At the end of the tour, we were each given a souvenir mini bat (about the size of a nightstick). 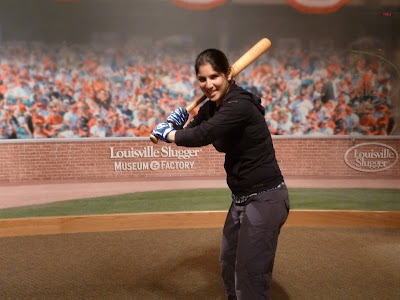 I am not aware of the actual statistics, but I would hazard a guess that crime in Louisville is abnormally low, or more specifically, crimes against tourists. Walking around town you see every second person carrying their mini baseball bat and just begging someone to take them on. I know I certainly felt empowered.

After the Slugger, we headed for lunch to a local café, Boomers. It was quaint and the service was sensational. The café is completely decorated with all things Beagle and specifically the owner’s Beagle, Boomer. The menu is given to you in form format and you simply mark what you would like and the kitchen will make up your request to order. 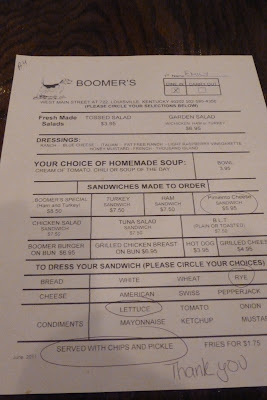 I had a pimento cheese sandwich on rye which I enjoyed thoroughly and washed down with homemade lemonade. The lemonade was huge and just as I had made a small dent in my cup, it was refilled continuously and then given me to in a to-go cup. Boomer's was such a refreshing change from chain or formula restaurants; it was unique and I highly recommend it. 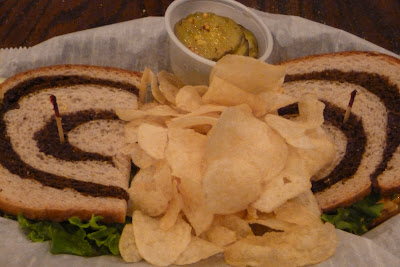 We ended our day with a walk around town, constantly ready for anyone who wanted to mug me with my bat in hand. I am able to report, however, that no one even tried and my bat remains in mint condition.