I had plans for three signature meals in the London area: The Fat Duck, The Ledbury and St John. The Fat Duck refused to seat a party for one so they were cancelled and although I got a reservation at The Ledbury, I awoke the morning of my reservation feeling less than great so that was cancelled too. That left Chef Fergus Henderson’s St John, which in truth was the one I was looking forward to the most. 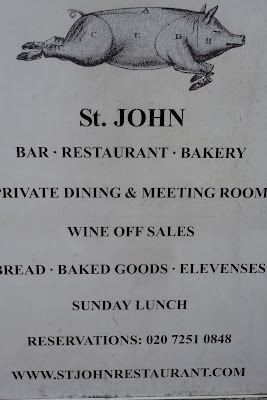 Milk-board located outside the restaurant

Located near Farringdon tube stop, it is easy to walk straight past the restaurant. Yes, it is well signed, but from the outside, you would not guess from the exterior that it is one one of the world's great restaurants. 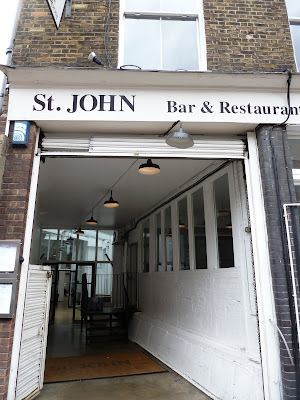 I found the food to be honest, simple (in a good way) and delicious but my server was so indifferent and unhelpful that I left with a sour taste in my mouth. 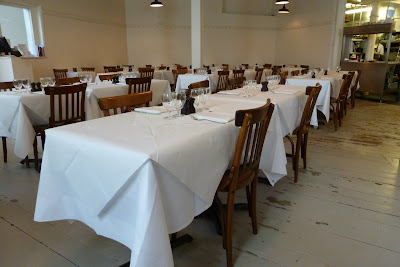 The menu items do not contain any descriptions; for appetizer I had “Terrine”. It was delicious – meaty with the perfect texture; not too smooth, not too chunky.

When it was delivered to my table, the waitress simply plonked it down and left. When she came to clear my plate, I asked her what the meats were and she simply replied “pork or duck” and walked off. 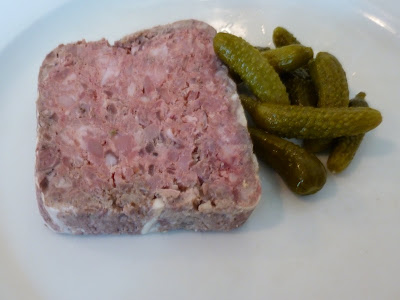 The service did not improve at all for the main course. First of all, a plate of duck was delivered to my table. When I advised that I did not order duck and had, in fact, ordered the Bone Marrow, she replied “you said mallard”.

Now, even though I said “bone marrow” when I ordered and pointed to it on the menu, I can forgive the error. I was the one with the foreign accent and mistakes happen. What I didn’t care for, however, was that when the waitress returned to the kitchen, which is open to the dining room, she loudly complained about me and I could hear every word.

The kitchen fired up a new dish for me in record time and it was lovely. The parsley salad had a good bite and the marrow just perfect. I love the taste of marrow but it still remains for me a dish that I need to eat without thinking about what it is. I am usually OK with offal but for some reason, marrow still gives me the mental shudders. 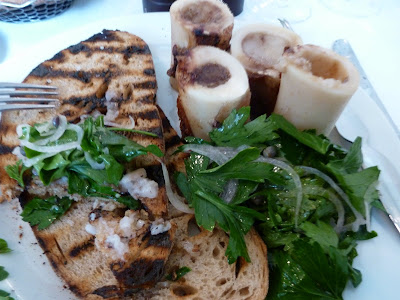 For dessert, I ordered the cheese plate. Again, my waitress just dumped it on my table and walked off. It was only after another staff member noticed the perplexed look on my face and came over that I was able to ask for a description of the cheeses. This “alternate” server was wonderful; friendly and helpful and the polar opposite of my waitress. The cheeses were a good selection of local or artisan British cheeses (available from Neil's Yard at the Borough Market) and all were enjoyed. 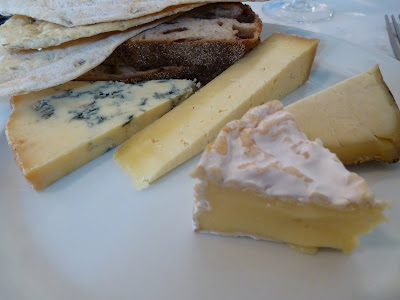 As a lover of food, I understand why Chef Ferguson and his restaurant are so important. He was the Chef to make offal cool again; to resurrect long forgotten ingredients and/or preparations and to encourage the return of nose-to-tail cooking in the West. For me, however, the poor service made the meal very difficult to enjoy. That was really unfortunate because the food was lovely and it seemed that the service provided by every other staff member was attentive and warm.