Veering off food for a while, during my time in New York, I also hit the theatre scene and saw four shows (would have been five if Book of Mormon wasn't so hard to get tickets for).

The first show was Wicked. I saw it for the first time in Australia this January and loved it. It was right around the time I was deciding whether or not to quit my job to take this trip and Elphaba's Defying Gravity "it's time to trust my instincts, close my eyes and leap" resonated.

I was in New York in December 2003 and decided not to see Wicked because, at that time, I'd never heard of it. It was getting rave reviews in all of the theatre publications but I chose to see more established musicals. To this day I regret not seeing the original cast as I am a huge Idina Menzel fan. Although I missed my chance to see the original cast, it is still my favourite musical and I wanted to see it again on Broadway. My seat was front row but on the side and I thought it would be pretty awful but it was fine. 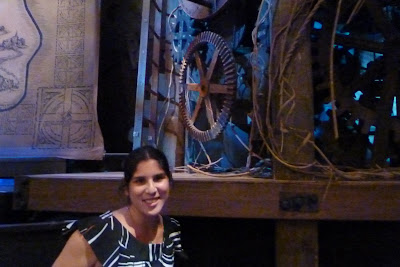 On Wednesday, John-Paul and I decided to try for the Book of Mormon ticket lottery. Two hours prior to each show, a set number of tickets are drawn lotto style. You must be present to win and you can only enter once. By our estimation, about 200 people were vying for 22 tickets. Unfortunately, we were not among of the lucky few. 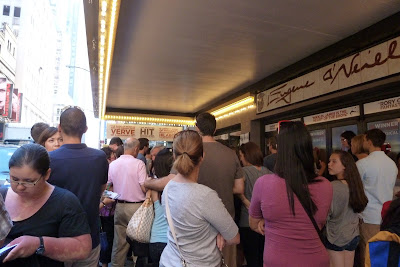 This is just a fraction of the crowd who entered the lotto
Wednesday night's show was How to Succeed in Business Without Really Trying starring Daniel Radcliffe and John Larroquette. I had not previously seen any prior versions of this musical (it first opened in 1961), so the two leads were the main drawcard for me.

In short, I loved it. I have never laughed so much. Instead of clapping and cheering at the end of each musical, the entire audience would start whooping mid-song and standing ovations were a common occurrence. Both men were absolutely brilliant. 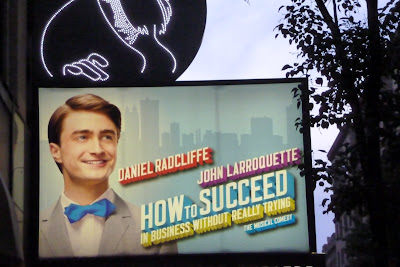 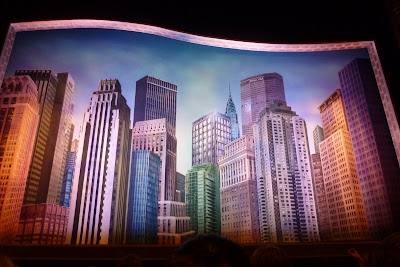 Thursday night's show was Spiderman: Turn Off the Dark. I was sceptical about this one as I wasn't sure how a comic book would translate into theatre but everyone thought that the Lion King wouldn't work either...

I had been following a lot of the press for this musical. It is the most expensive musical ever made ($75m), had the longest previews ever (due to scathing reviews and disastrous accidents to cast members). Since it had finally gotten off the ground, and the music was by U2, I thought it might be worth seeing.

In short, I hated it. The aerial sequences were visually stunning, but I felt as though I was watching a live-action stunt show at a theme park rather than a Broadway musical, especially since the show's villains were wearing costumes akin to themepark mascots. 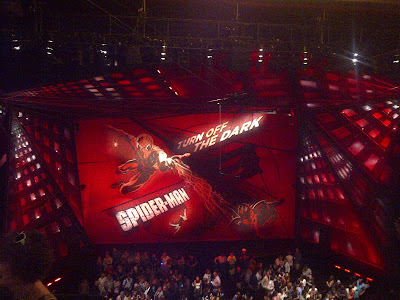 My final show was Mary Poppins on Friday night. The movie was a childhood favourite and continues to be one of my all-time favourite movies (along with Terminator 2). Whilst the musical differs on many points from the movie, it is wonderful in it's own right. Compared to the movie, Jolly Holiday is painfully short but Step in Time and Supercalifragilistic...... are wonderful and Feed the Birds is, of course, very moving. 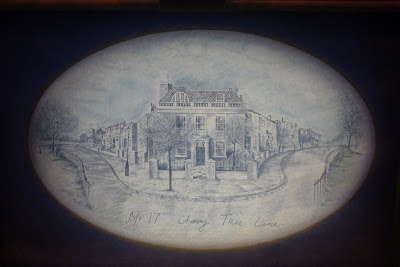 And that wraps up my Broadway experience for this trip. Hopefully, it is not another eight years between my next visit and Book of Mormon starts touring Australia in a couple of years.
Posted by Emily at 11:47 pm