For a change of pace on this trip, I decided to take a Caribbean cruise. The cost was the same whether your cabin had one or two adults, so I dragged my cousin Laina along with me. After a day at sea aboard the Carnival Legend, we landed in Cozumel Mexico. 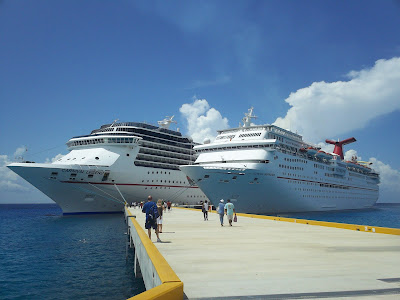 Docked at Cozumel: Our boat is the one on the left

We elected to spend the day at the Chankanaab Park and had organised a Royal Dolphin Swim. When booked directly with Chankanaab Park, the experience is $100 per person less than when booked through the cruise ship so we went independently. 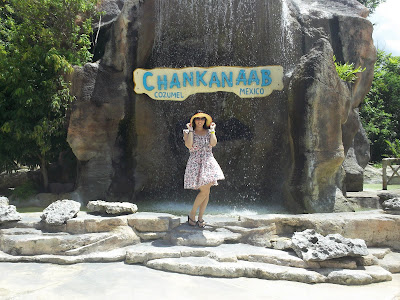 We arrived at the park about three hours prior to our dolphin appointment so we decided to also swim with the manatees. We swam with three boys, two adults and a baby who was very affectionate. 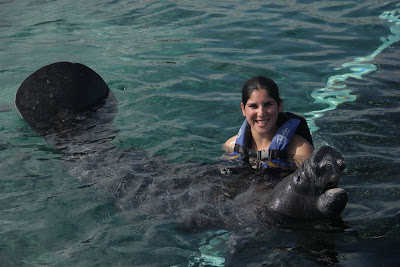 After the manatees, we also went to the Sea Lion show. I have been to numerous aquariums and zoos but have never seen a better run, more amazing show. The sea lions were very talented and we were in stitches of laughter for most of the show. At the end, I even got a kiss.... 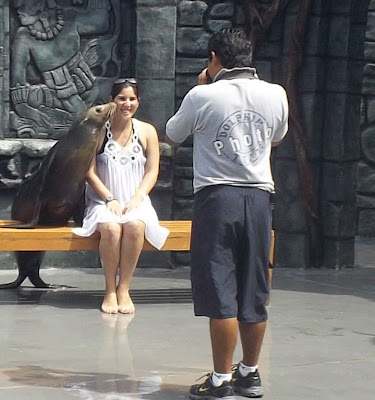 Finally, it was time for our dolphin swim. We had booked the "Royal Dolphin Swim" which meant that we were able to hug, kiss, hold and dance with the dolphins as well as be towed by the dorsal fins, and my favourite, a foot push where two dolphins lift you up out of the water by their snouts.

If we had booked through the cruise company, we would have been in a group with 10 others, but because we had booked independently, we had the experience to ourselves and were able to spend more time with the dolphins and do numerous foot pushes!
We made it back to the port with some spare time to shop before reboarding our boat. Next stop: Belize. 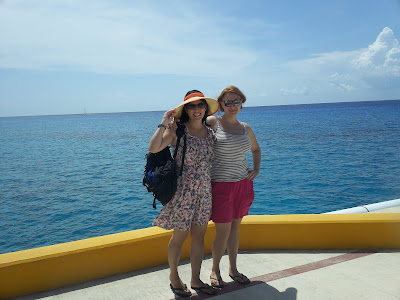 Laina and I at the port with the bluest water I'd ever seen
Posted by Emily at 3:25 am