The coastal town of Dartmouth is very picturesque and very reminiscent of Sausalito, California. I spent the day walking all over town and clocked up 25,000 paces on the pedometer so it was quite a big day. 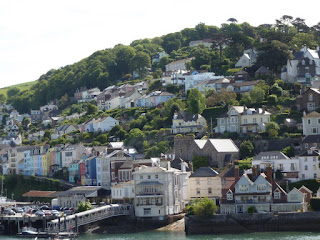 The view across the river to Kingswear
I started heading towards Dartmouth Castle. There is a scenic boat trip you can take for a few dollars but I decided the walk would be nice. I was a little disappointed as due to a steady childhood diet of Disney movies, the world "castle" for me implies moats, throne rooms, ballrooms and dungeons. I consider the castle more akin to a fort as it was really a defensive post against French invasion (and missing all of the abovementioned rooms) but it was interesting nonetheless. 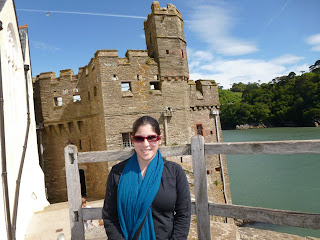 One of the many canon firing positions 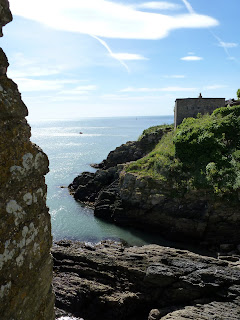 View from the castle

After the fort I decided to hike up to Gallants Bower; the effort required reminded me that ceasing Crossfit for the month before you embark on a holiday was a really stupid idea.
The view from the top is spectacular as you can see the mouth of the river, the sea and the rolling english countryside. 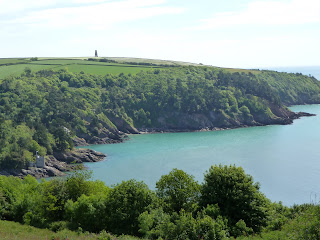 The view from the top of Gallants Bower 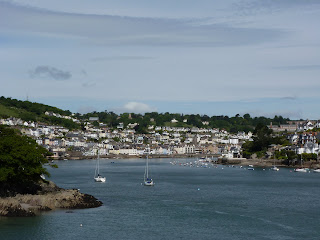 Looking back at Dartmouth from the castle
After a long walk back into the heart of town, a stroll through the shops and a lunch platter of selected local meats, cheeses and breads, I took the ferry across the river to Kingswear for some further exploration before heading back to meet Anna for some drinks in a couple of pubs before heading home.

A couple of observations I have made thus far: