The number one rated "thing to do" in Barcelona on tripadvisor.com is Cook&Taste cooking classes so of course, I had to sign-up.

The classes are limited to 14 students, but on my day there were 4 no-shows so it was easy to get to know the group. The class was predominately demonstration based with one or two people helping with the mise en place for each dish.

The menu for the lesson was:
The lesson began with the preparation for the catalan cream as it needed time to chill in the fridge. Similar to creme brulee in ingredients and the sugar crust but different in that it is not baked in a water bath, but rather cooked on the stove alone. This was the course that I elected to assist with and my task was simply to separate the eggs and to stir the custard over the stove until thick. I did learn a new trick, another way to tell that a custard is cooked (I usually use the finger on the spoon test) is if there is no foam on the top of the saucepan. 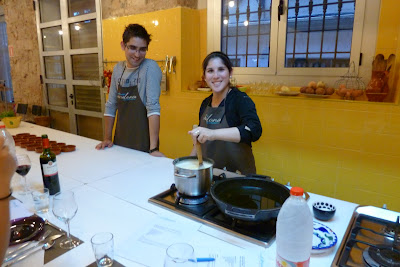 Next up was the preparation for the cold tomato soup which included peeling and blending tomatoes and adding balsamic vinegar, salt and pepper before setting aside to chill. When it was cold, it was served with grated Idiazabal cheese, aioli and piccada (pesto) made from walnuts, garlic and parsley. 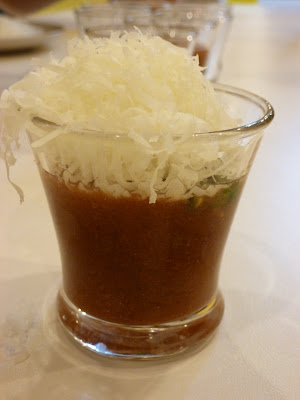 The second course was potato tortilla with tomato bread. The predominant lesson I took away from this course is just how much oil is used to make tortilla! 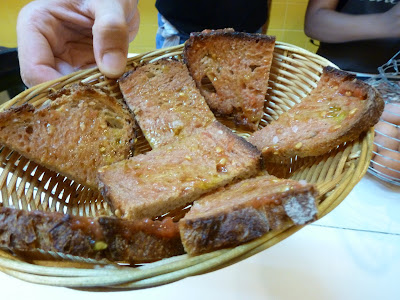 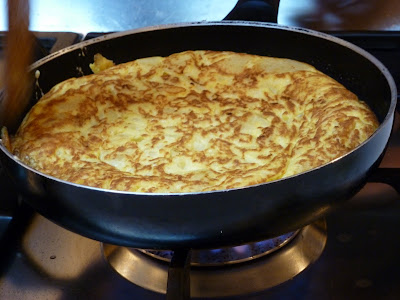 The third course was seafood paella. We were given recipes for all the courses but on the day, this dish varied from the written instructions substantially and numerous handwritten corrections were required. For the paella, I learnt that the inclusion of the liquidised liver of the squid will add an extra intensity of flavour (just don't let your guests see if it they are squeamish)! 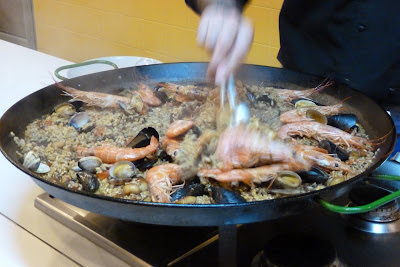 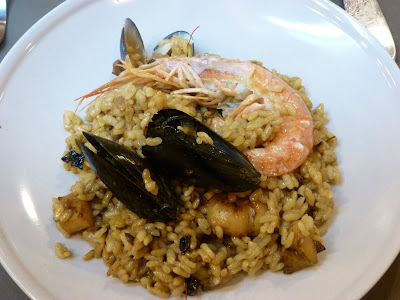 After we were full of paella, it was time to caramelise the sugar on the catalan cream. It was still a little soft as it hadn't had sufficient time to set in the fridge but the flavour was lovely. 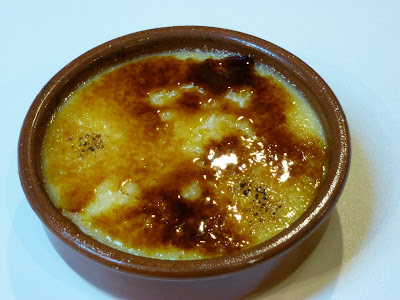 The cooking class was enjoyable and very social; it was a lovely way to finish up my time in Barcelona. However, if you are a proficient cook, there wasn't much to "learn" at the course and it was more about just enjoying the company of others and a "homecooked" meal. 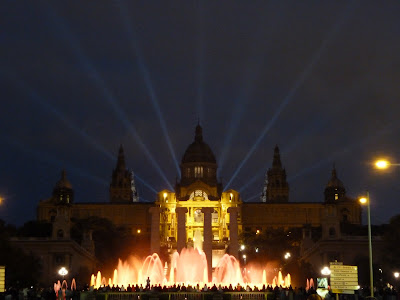