Second only to the French, Holland is considered as Europe’s “other” cheese country and whilst in Amsterdam, I decided to partake in a cheese-tasting experience. 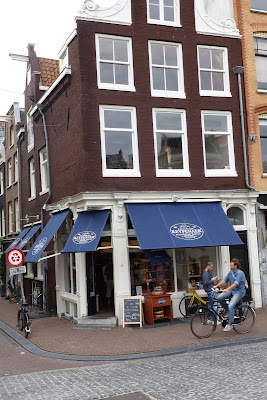 The exterior of the Reypenaer cheese shop and tasting room

Wyngaard Kaas is a family owned business that has been making cheese for over a century. The flagship brand is Reypenaer (cow’s milk cheeses) but they also make goats cheeses under the brand Wyngaard. Before the tasting, we were given a lesson on the history of the family business, the changes in cheese making techniques and maturation processes and the resultant effect on the flavour and texture of each cheese. 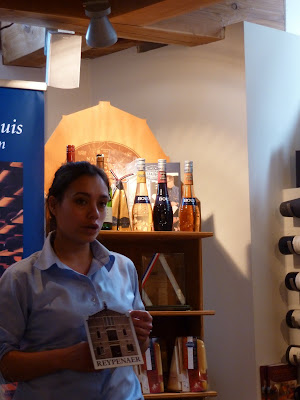 Learning about the history of the Reypenaer brand

The tasting lasted about 90 minutes and you were free to eat and drink as much as you liked. I never thought I’d say it, but “too much cheese can be enough”.

We tasted six cheeses (two goats’ milk, four cows’ milk) in total and these were matched with two wines and a port whilst detailed tasting notes were made. Their flagship cheese, Reypenaer VSOP, was on the menu at E Bulli before it closed. 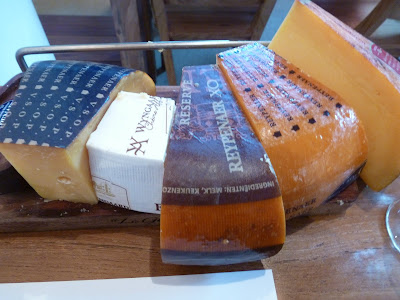 A selection of the cheeses sampled 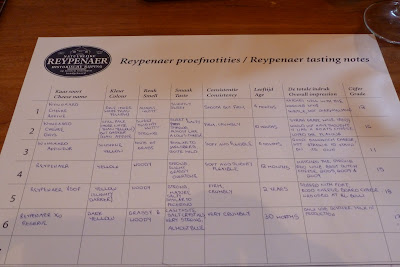 Upon completion, I was presented with a certificate acknowledging my skill and expertise as a cheese-taster which was cute and then it was time to hit the shop upstairs where all cheeses were available for purchase. 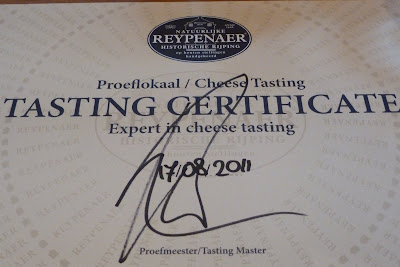 Proof I am an expert in cheese tasting

The afternoon was very enjoyable; the only downside was the person sharing a table with me was a cheese hog and would never pass the knife. After a period of maintaining a polite lady-like demeanor, I switched tactics and just lent across him to get to the cheese; he evenutally got the message.

Email ThisBlogThis!Share to TwitterShare to FacebookShare to Pinterest
Labels: holland