My first signature restaurant meal in the United States was meant to be at Jaleo in Washington DC (a José Andrés restaurant). However, Hurricane Irene derailed those plans, so next on the itinerary was Eleven Madison Park in New York. The restaurant has received numerous accolades and is listed at number 24 on this year’s San Pellegrino Best Restaurants list. 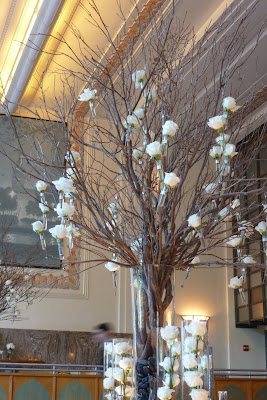 The menu concept at Eleven Madison Park is novel: the entire lunch menu is sixteen words presented in a four by four grid. You are advised what the main ingredient in any course is but no further details are provided. You are able to select a dish from each row (cold starters, hot appetizer, main course and cheese or dessert). The kitchen will accommodate any dietary requirements or preferences and remake any dish to suit you. As my waiter advised “each dish will still remain a surprise but you can be assured that the surprise will be a good one”. 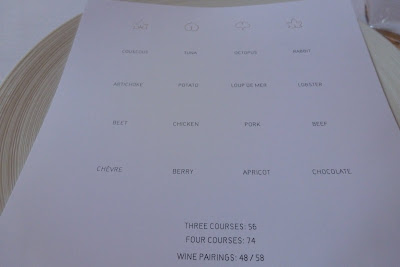 The meal started with an amuse bouche of parmesan and chilli crisps and tomato tea. 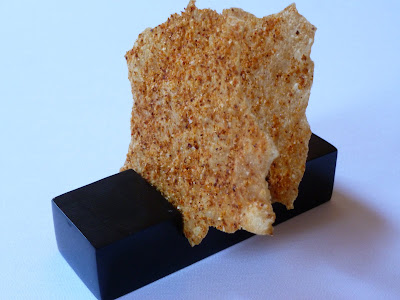 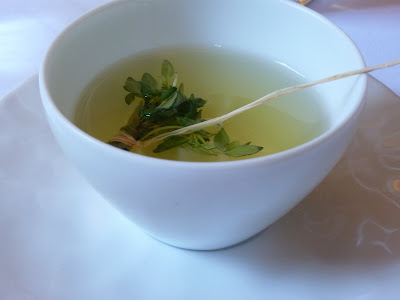 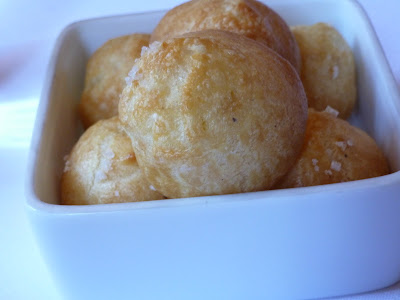 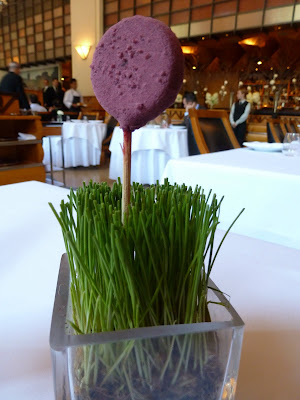 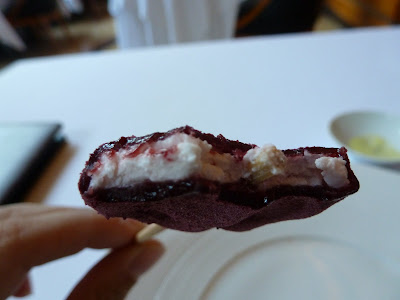 They were then followed up with a smoked sturgeon sabayon which was smooth and rich with flavour but not heavy or creamy. 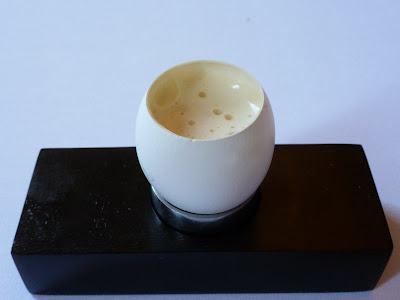 At this point, the bread service arrived. I have never had more delicious bread in my life; it was light, airy and oh-so- buttery. I was trying so hard not to fill up on bread but it was sensational. To accompany the bread, a goats milk butter and a cows milk butter were also provided. 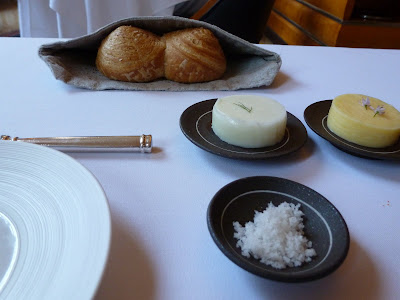 For my appetizer, I ordered “Tuna”. The dish was a tuna sashimi and tartare accompanied with tomato and basil salad and tomato “snow”. The tuna was lovely and the cold snow was an interesting contrast. However, I have an issue with fresh tomato as I don’t like the texture so it wasn’t my favourite course. I know that I could have advised the kitchen about my preferences but I prefer to see the dish as the chef intended so I choose to simply “take my chances”. 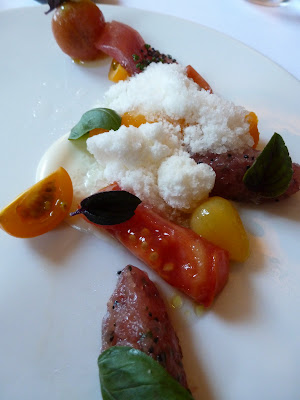 For the hot appetizer, I ordered the “Lobster”. The dish was an open lobster lasagna with summer squash and lobster bisque dressed tableside with lobster oil. It was perfect. 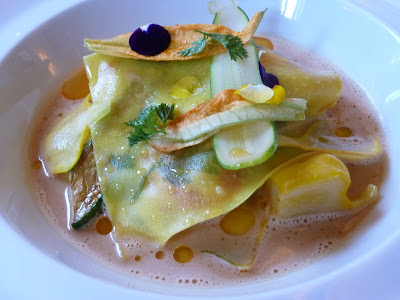 The main course was “Pork” which was suckling pork served two ways: loin and belly. The pork was served with spinach, apricots, pistachios and jus. 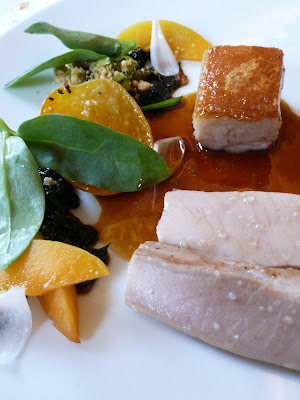 For the cheese/dessert course, I chose “Chevre” which was a composed plate of assorted cheeses, corn bread and dried prosciutto. 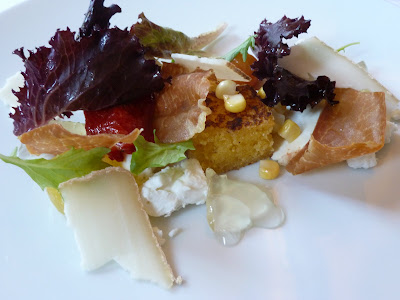 At this point, my waiter asked if I would like to see the kitchen to which I eagerly answered an emphatic “yes”. I met the Chef de Cuisine and also was given a tour. 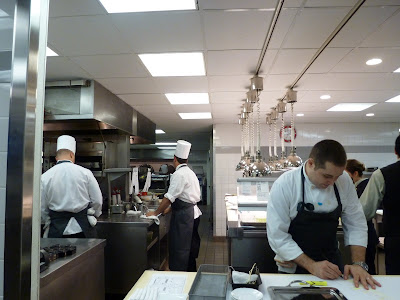 The pastry chef then came over to introduce himself and asked if he could make me a special dessert whilst I watched which was a frozen apple cocktail with numerous components. 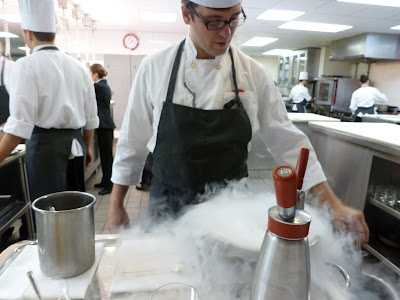 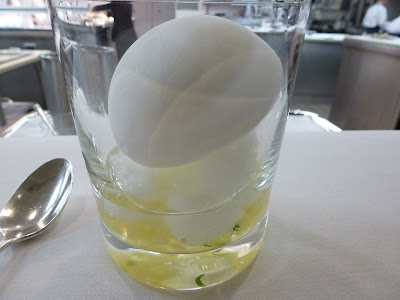 After talking to the kitchen staff for a while and advising where I planned to eat whilst in town, including a need for pastrami and good Chinese food, the floor manager offered to take a poll of the chefs and come back with their dining recommendations. This attentiveness and thoughtfulness was simply wonderful and most appreciated.

Finally, it was time for the mignardises which were some fruit jellies, an earl grey tea macaroon and some sesame crisps. 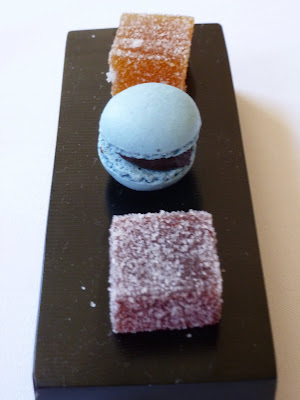 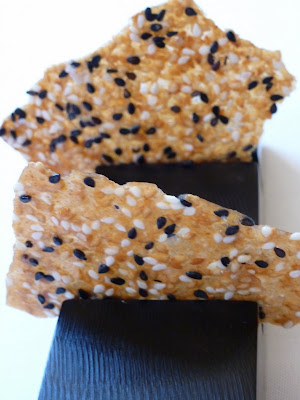 My meal at Eleven Madison Park was truly memorable and thoroughly enjoyable.