Without doubt, the highlight of my time in Hungary was a one-on-one cooking class I attended with Agnes Barath (a Hungarian local who teaches out of her home). Actually, it was a two-on-one as we were also joined by Istvan, her fiancé.

Prior to the class, Agnes forwarded me a list of dishes from which to choose an appetizer, main and dessert to cook at the class. I selected potato soup with sausage and sour cream, chicken paprikas with noodles, and cottage cheese dumplings.

I was welcomed into her home and she had prepared some appetizers of bread topped with goose fat, paprika, and onion which were delicious. I was also offered from palinka, a traditional Hungarian fruit brandy that tastes like firewater. 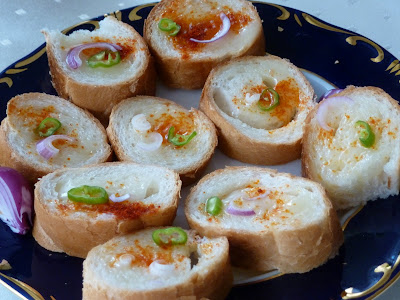 We then got straight into the cooking; the entire class was very hands-on with Agnes offering instructions and guidance but letting me do the work (which I enjoyed). 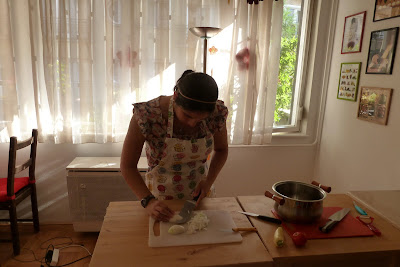 Whilst we were waiting for Istvan to arrive, we had some spare time, so Agnes suggested we make an additional dessert, stuffed pancakes which we happily nibbled on throughout the cooking.

The photo of the soup does not do it justice. It was smoky, warming and absolutely delicious. 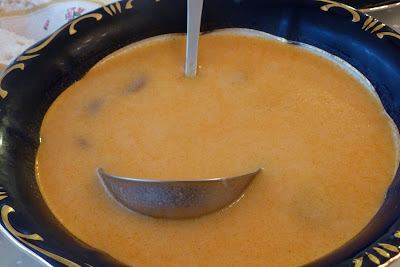 The main course of chicken paprikas and nokedli (spaetzle) was also full of flavour and the accompanying pickles provided a nice contrast and sweetness to the dish. 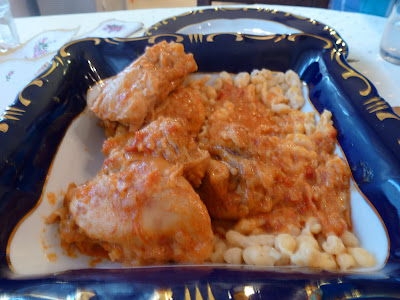 The dessert was cottage cheese dumplings, rolled in fried breadcrumbs and served with sour cream. They were surprisingly very light and very very tasty. 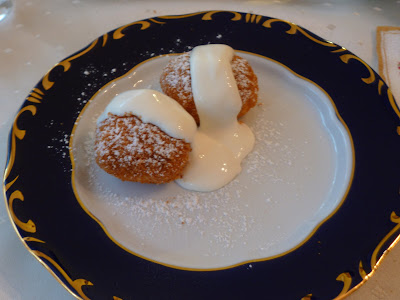 It was a lovely evening and I enjoyed talking with Agnes and Istvan about life in Hungary. So often in my travels, you do not actually meet any locals. The staff at the hostels are often backpackers themselves so it is difficult to get a glimpse of what everyday life is like. My experience with Agnes and Istvan was highly enjoyable and what I was hoping to experience all over Italy (but failed miserably). If you are even in Budapest, I encourage you to book a class with Agnes for a truly enjoyable and educational experience. 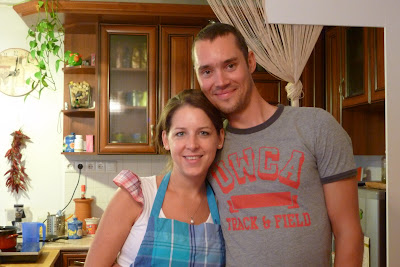