The Sound of Music: the most beloved musical movie of all time (outside of Austria) and until my visit to Salzburg, a movie I had only seen once and felt quite indifferent about. Fast forward 48 hours, I've now seen the movie three times and adore it. Try as I might, it was impossible not to get caught up in "Sound of Music Fever" when visiting Salzburg; especially when your hostel plays the movie constantly throughout the day and the top rated activity to do in town is the "Sound of Music bus tour".

Before succumbing to the tour, I spent my first day walking in the rain around town and up to the fortress which afforded grand views of Salzburg below. 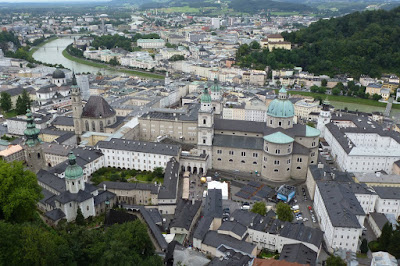 The view from the fortress

On my second day, it was time to embrace the movie. I started the day viewing the film at the hostel before departing on an afternoon tour. The guide was wonderfully entertaining and comical with just the right level of kitsch without becoming corny. We visited many of the sights in the movie and he informed us where in the Mirabell Gardens (the start point of our tour) that we could find the remainder ourselves.

Some of the highlights included: 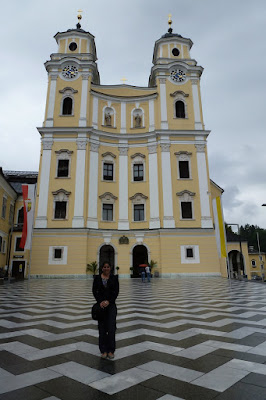 The church where Maria and the Captain were married 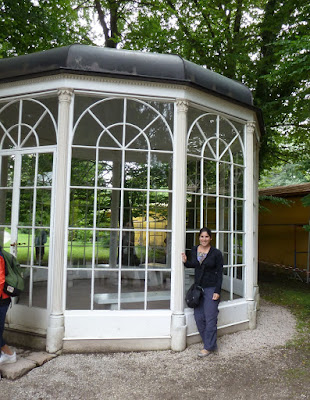 The "I am 16, going on 17" gazebo.
I had planned to dance on the seats but after an 89 year
old woman broke her hip a few years ago trying to recreate
the movie scene, the gazebo was locked to visitors. 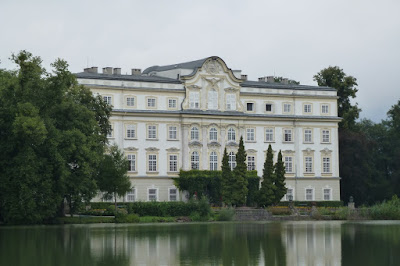 The back of the Von Trapp house
There were no grand culinary adventures during my time in Salzburg. I decided to take a break from eating out three meals a day and self-catered at the hostel's kitchen. My one delight was to find liptauer cheese spread at the supermarket, something my father makes when he wants to impress company, and I happily lived off a tub of that for most of my meals.
Posted by Emily at 9:14 pm

Email ThisBlogThis!Share to TwitterShare to FacebookShare to Pinterest
Labels: austria