The German part of Switzerland

After leaving my friends, I headed to Basel to base myself for the next four nights, rather than changing cities each day. Fortunately I still had a few days left on my Eurail pass which I desperately needed for Switzerland because the trains are very expensive here compared to the rest of Europe.

I stayed at the YMCA one block back from the train station and it was one of the best hostels thus far. The rooms were extrordinarily clean and there was a full kitchen available for guests to use which was a welcome relief because the food is also very expensive.

Actually, I'm just going to say it.... all of Switzerland is expensive if you are travelling in the $A even with the $A at its current record high. 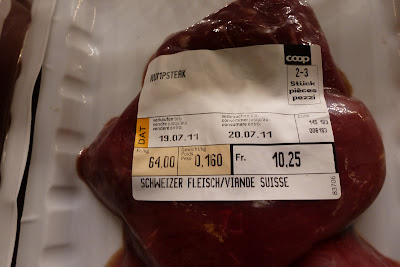 Rump steak at A$73/kg
On my way to Basel, I took a detour to the capital, Bern. As it was a Sunday, all the shops were closed but it was still nice to walk around, see the river and the Bear Pit. 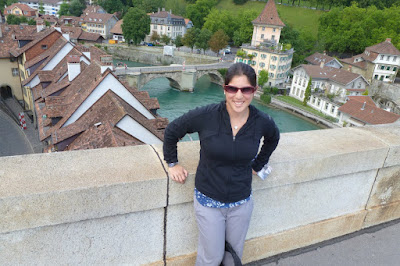 View from the bridge in Bern

On Monday, I took a flying visit to the Rhine Falls and Zurich for the day. The falls were quite spectacular (more than I was expecting) and the water was the most amazing blue/green. 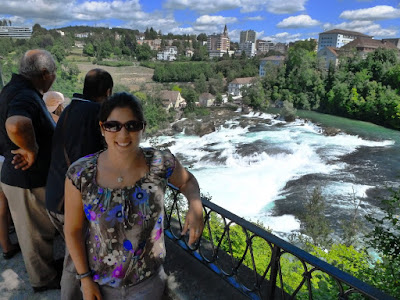 Rhine Falls
Zurich is very picturesque and I followed a self-guided walking tour advised by the tourist office which was quite enjoyable. On the way, I walked past Teuscher chocolates, my favourite, and had to sample as they are not available in Australia. I asked the sales assistant how long the chocolates would last as I would like to take some home as a gift but when I told her I wouldn't be home for many months, she just laughed. So, I had to eat them myself and will just have to tell my family how great they were and how I was thinking of them......... 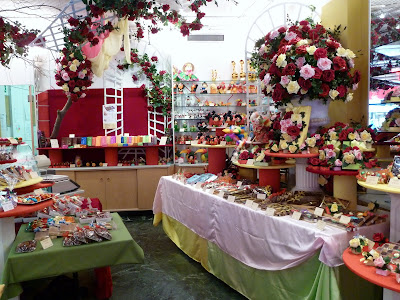 The "gift-table" at Teuscher
Tuesday's excursion was to Mount Titlis and Lucerne. The weather cleared and the skies were crystal clear for the ride up to the top of Titlis (3020m). Once at the summit, there is a snow park for tubing and sledding which was quite fun. Lots of falls but lots of fun. 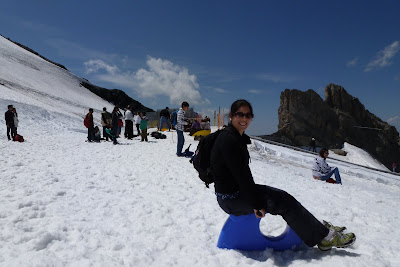 Looks cute, but nigh impossible to stay on when bolting down the slope 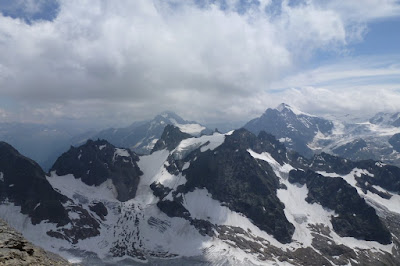 The view from the top of Mt Titlis

Lucerne was simply stunning and I think it is my favourite Swiss town thus far. It is a perfect blend of old and new and stunningly beautiful. 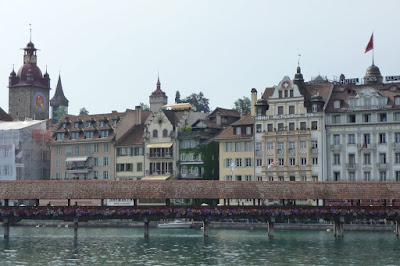 On Wednesday, I explored the city of Basel. It was two months since I left Australia so I also ensured I made two special exercusions to celebrate the occasion. The first was to Harry Potter (in English). The cinema was old (art deco or baroque style - I'm really not good with architecture) and stunning; the perfect venue.

The second was a visit to CrossFit Basel. It has been over two months since I'd set foot in a gym and I wanted to see how it differed from my home gym, CrossFit Brisbane. The good news is that I still had a fair amount of fitness left and held up OK during the workout.. They also had a set of scales at the gym and despite the vast amount of food I've consumed, I haven't put on any weight (yet). 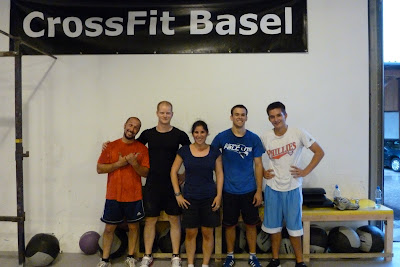 Post work-out
The bad news was that, as I expected, I felt like I'd been hit by the proverbial bus the day after and the day after that; every muscle aches and although I am not injured, I am very very sore.
Posted by Emily at 4:33 pm

Email ThisBlogThis!Share to TwitterShare to FacebookShare to Pinterest
Labels: switzerland