A crowd has gathered outside the shop window, transfixed by the expert hands working and shaping the dough. After many minutes, a collective “aha” is heard when the crowd has finally understood the secret to the pastry’s round shape and how it is achieved. Young children quickly look up at their parents, asking them to buy one or two to try. I, of course, could not resist either. I was fascinated by the local pastry here in Rothenburg ob de Tauber called schneeballen. Traditionally just rolled in sugar, they can now be found all over town, coated in various chocolates or stuffed with caramel or marzipan. I found the pastry itself to be quite dry and not very sweet; I’m glad I tried it but didn’t feel the need to finish my mini-sized one, or come back for seconds. 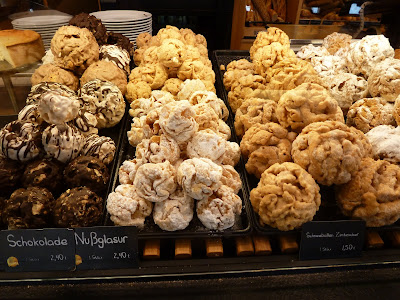 I can vividly remember the date and location when I first heard about Rothenburg ob de Tauber. It was 11 December 2001 and my parents and I were having lunch in Epcot’s Biergarten restaurant. Our server was a lovely girl hailing from Rothenburg ob de Tauber and doing a college exchange program at Disneyworld. I distinctly remember her describing her town, how much she loved it and how to looked like it had jumped straight out of a fairytale and I can recall deciding that “one-day” I will get there.

Rothenburg ob de Tauber does not disappoint. It is the cutest, most charming town I’ve visited and perfect for walking. The town itself is compact and all the sights are accessible by foot. 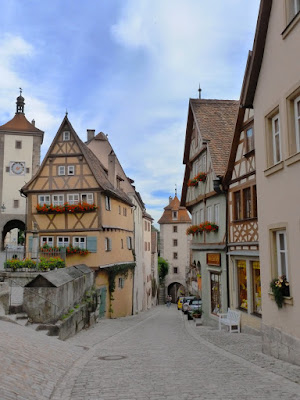 The cute streets of Rothenburg

During my stay I also visited the Medieval Criminal Museum which is a look at the laws, punishments and torture during that era. It is a very well laid out exhibit with the right balance of education and shock-factor with all the torture devices.

The next stop on my tour was Würzburg. Unfortunately, I visited on a Sunday (so everything was shut) and it was pouring rain to boot. I walked around the town for a few hours taking in the sights but ended up at the hostel bar watching the finale of the Women’s World Cup. 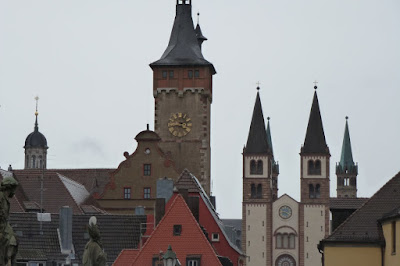 After Würzburg was Nuremberg: famous for its Christmas market and the Nazi Party rally grounds and Nuremberg trials after the war. Unlike the cute sized Rothenburg, Nuremberg is definately a city but still has its charms. 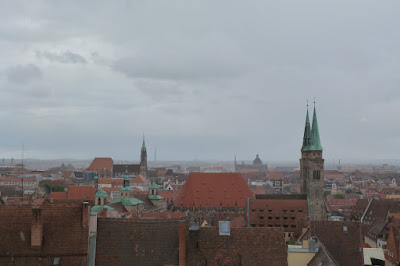 The view from the castle over the Nuremberg skyline

I visited the Rally Grounds that are now a museum and it was quite upsetting. Actually, upsetting is probably the wrong word; it made me angry. It really is a powerful place to visit. The museum sets out Germany's progression from signing the Treaty of Versailles to the rise of Hitler and the Third Reich touching only briefly on the Holocaust.

The final stop on my Romantic Road tour was Füssen; famous for the Hohenschwangau and Neuschwanstein castles of King Ludwig II. Neuschwanstein is nicknamed the Disney castle as it is reputed that it was the inspiration for Walt Disney’s design for Sleeping Beauty’s castle. The walk between the two castles in about 30 minutes uphill but enjoyable and the views at the top are definitely rewarding. 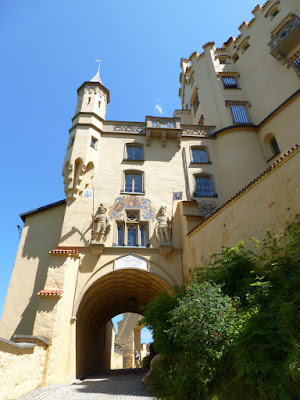 Side entrance to Hohenschwangau 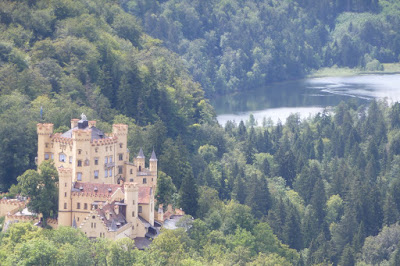 Hohenschwangau from the uphill walk to Neuschwanstein 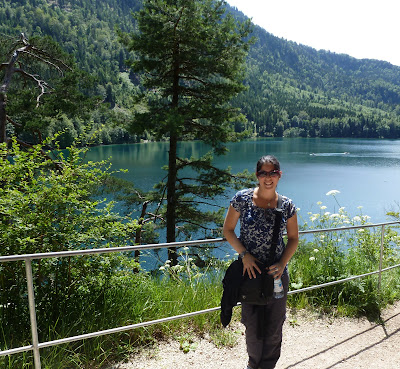 Swan Lake - between to the two castles 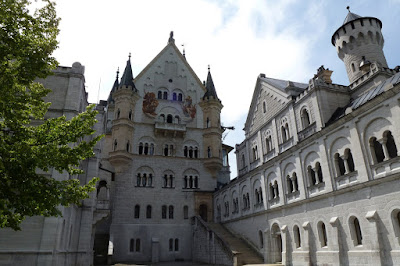 Neuschwanstein from the Marion Bridge
Posted by Emily at 8:53 pm

Email ThisBlogThis!Share to TwitterShare to FacebookShare to Pinterest
Labels: germany