Regarded as the finest restaurant in Switzerland with three Michelin stars, Philippe Rochat is the epitome of French fine dining in the country and considered by some as one of the best in the world. 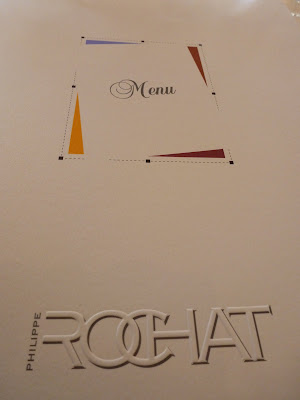 After being advised that Chef Rochat will retire and close the restaurant next year, I booked a table so I that could see for myself what all the acclaim was about, accompanied by Thor, a relative of some friends of mine. 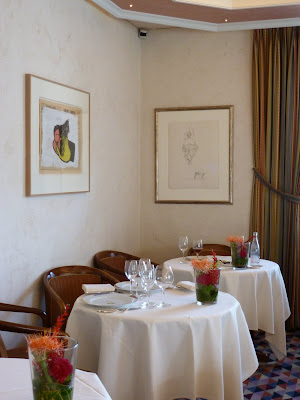 In short, the food was sensational. Each course was better than the last as the meal progressed building to the meat course which was spectacular. It was, without doubt, some of the best executed dishes I have ever eaten and up there as one of the great meals of my life, food wise.

However, something wasn’t quite right and I’ve spent the last few days trying to put my finger on what it was. I should be beaming and I’m not. I couldn’t wait to get home after eating at Arzak, Etxebarri and Le Chantecler to write about it, but it has taken me nearly a week to commence writing about Philippe Rochat. Why?

It certainly wasn’t the food. The meal started with an amuse bouche of Guacamole d’avocat “Hass” aux piments ibériques which was light and clean on the palate with a strong iberico flavour. 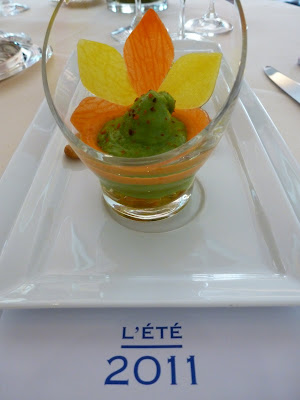 The next course was simply magnificent: Grosse langoustine de Porcupine au citron de l”Atlas Sallcornes iodées de la baie de Somme which was one of the highlights of the meal. The langoustine tail had a wonderful crunch with the coating (which I think was rice) and the lemon “custard” was the perfect contrast. Of course, there was the now all-too-common foam that didn’t add much but it didn’t distract either. Perfectly executed, wonderful flavours, interesting textures, you couldn’t ask for more. 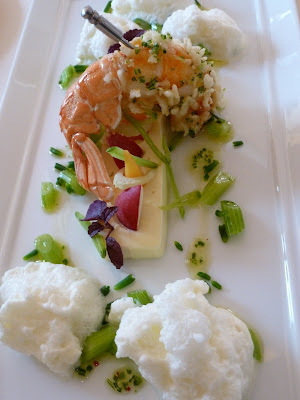 Following on was Consommé estival de bolets et giolles acidulé au balsamique blanc: a set jelly-like mushroom soup. I should have hated it; but loved it. The texture was a little off-putting to the eye, but close your eyes and it was delicious. 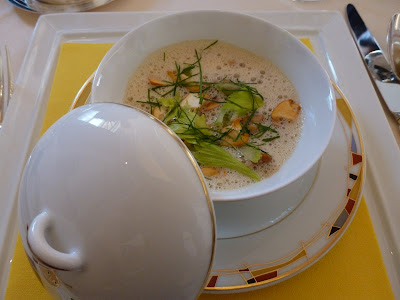 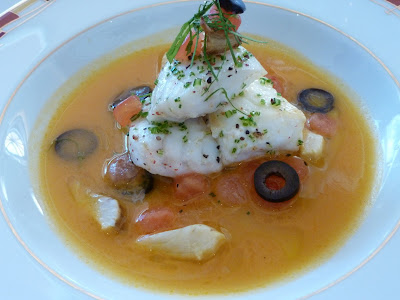 Another hero dish was next: Moules e bouchots du Saint Michel au curry Madras. The curry flavour was strong enough to complement the sweet mussels but did not overwhelm. I loved this course and its innovation – the preparations were classic but mussels and madras curry are an unexpected combination. 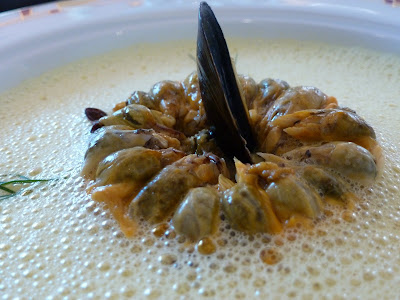 The meat course was Boeuf Wagyu no. 9 réduction de Merlot aux echalotes grises which was divine. The vegetables were well cooked and nicely presented but the star was the absolutely delicious beef. The fat was marbled and just melted on the palate and the sauce was the perfect; what one would expect from the pinnacle of French cuisine. 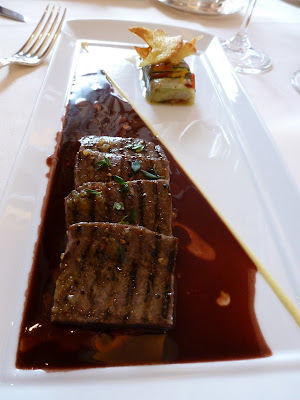 The cheese course (Fromage frais et affinés) was actually a cheese-cart wheeled tableside for you to make your selections. I asked for the strongest stinkiest cheeses they had and all were divine. 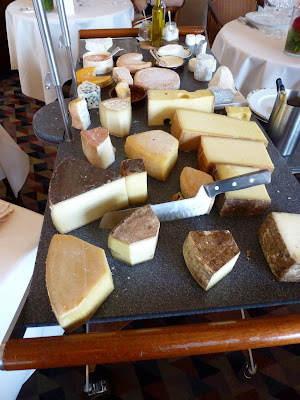 The first dessert course was Sorbet cassis noir de Bourgogne aux éclats de violettes cristallisées which was my favourite of the two offerings. The blueberry flavour was fresh and explosive and the sugared violets added a nice textural crunch. 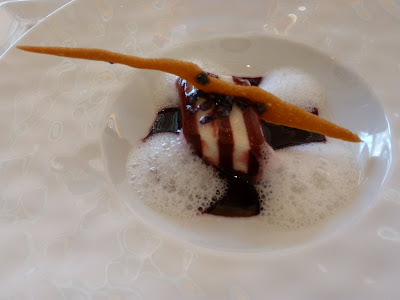 The second dessert was Corolles de pêches jaunes de Roussillon rafraichies a la menthe poivrée. The presentation and technique was exquisite for this course but I’m not a fan of mint in desserts so it wasn’t my favourite. 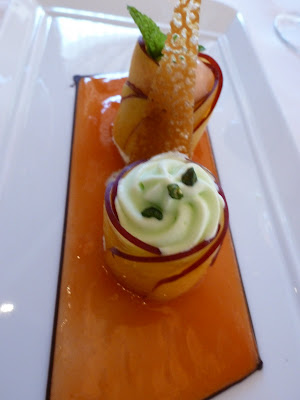 Finally, when we were beyond full, the mignardises (Macarons, pâtes de fruits chocolats pures origins) arrived but we only nibbled as it was simply too much. Food wise, I think this may have been one of the highlights of the trip thus far. There was no “low point” like some tasting menus and it truly was an amazing experience.

So why the lack of enthusiasm? Perhaps it was the company. Perhaps I’ve gotten fine-dining fatigue on this holiday and would just prefer some freshly baked bread and a few pieces of cheese. I think, however, it was the service.

Now, to be clear…. the service at Philippe Rochat was far greater than the majority of restaurants in the world; in order to maintain its three-star rating, it has to be. But for me, it was simply too cold, clincal. No one smiled, no one elaborated on the menu descriptions, no one looked like they were happy to see you or enjoying themselves. There was an abundance of wait-staff (I counted about six) but you never knew who your waiter was and who was the runner or the bread guy. Due to the cold demeanor of the staff, I found the service to be stuffy and suffocatingly formal; it's hard to relax and enjoy yourself when you are being watched by an army of wait-staff and everything is so formal. 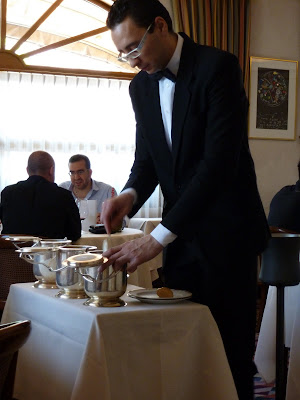 One of the many waiters plating quenelles of sorbet tableside

The lack of warmth, I think, was infectious. I believe it is possible to maintain excellent service but still keep some warmth, as demonstrated at both Arzak and Akelaŕe (both three star restaurants). It is a shame because the food truly was magnificent and Chef Rochat is deserving of every accolade he has received.